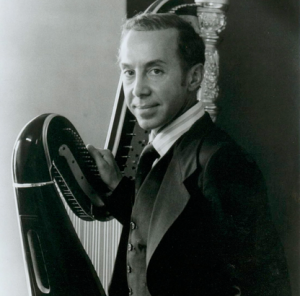 Welcome to the Legendary Transcriptions of Lawrence Odom

Lawrence Odom is a native of Heavener, Oklahoma. A graduate of the University of Oklahoma School of Music, he began his Air Force career in 1958 as a pianist with the Air Force Strings. After harp studies with Heinz Gunter in Germany and Jeanne Chalifoux in Alexandria, Virginia, Odom became the Air Force Band’s harpist and soloist for The White House and U.S. Department of State. Following his retirement from the Air Force in 1978, Odom was appointed principal harpist with the Kennedy Center Opera Orchestra and subsequently earned degrees in mathematics, chemistry and pharmacy. Still active as a performer and arranger, Odom retired from pharmacy and currently devotes himself full time to music. He continues to add to  his more than 200 arrangements and transcriptions held in the United States Air Force Band’s library.