‘I have always enjoyed composing. No “wretchedness” there. But the worth of my music will never be guessed, or its value to mankind felt, until the approach to my music is consciously undertaken as a “pilgrimage to sorrows”.’ ...

"My tone-works are full of hangings, drownings, murders, jailings, death for love's sake, knights mouldering in ditches, the sad fates of young men killed before their time, and grumble-shouts [protests] against town-skill-th [civilization]."

“Nearly everyone, musical or not, knows Country Gardens; and it is probably that most people associate the name of Percy Grainger with that appealing piece. Grainger has a world-wide reputation, rather like that of Sousa or Johann Strauss; each is a genial composer of pleasant music in a specialized vein. To have such a reputation is, undeniably, no sad fate, but in Grainger’s case it is so partial a recognition of artistic accomplishment that one is force to reflect on the obscurity created by the wrong kind of fame.”

One of my original motivations in starting Aux Arcs Music Publishing Company nearly 15 years ago was to highlight lesser-known works of Percy Grainger, as well as lesser-known aspects of his compositional esthetic.

Percy Grainger was puzzled at being labeled a composer of "genial and jolly light works.” Knowing that he considered his work "a pilgrimage to sorrow" inspired me to arrange a group of his "tragic ballads" for modern concert band. The three titles that immediately came to mind were “Danny Deever,” which is original music by Grainger on a text of Kipling; “The Three Ravens,” a British folksong set by Grainger for chorus and a small ensemble; and “Father and Daughter”, a Danish folksong from the Faroe Islands. As per Grainger's claim, the subjects of Three Tragic Ballads include a hanging ("Danny Deever"); a knight mouldering in a ditch ("The Three Ravens"); and murder ("Father and Daughter").

“Danny Deever” is the topic of our first blog post on Grainger’s tragic ballads.

Danny Deever is a poem from the "Barracks Room Ballads" of Rudyard Kipling, who was one of Percy Grainger’s cultural heroes. Grainger reported a 1905 visit with Kipling: "He had me down at his place in Sussex to hear the choruses I have written to so many of his verses … I played him my 'Danny Deever' and 'We Have Fed Our Sea For A Thousand Years' and he said they were like 'deaders rotting in bilge water'. Later he added, 'Till now I've had to rely on black and white, but you do the thing for me in color.’”  Grainger's setting of Danny Deever is Nr. 12 of Grainger’s “Kipling Settings”, all of which are “lovingly dedicated” to his mother Rose. Grainger’s treatment of Danny Deever 1 hauntingly captures the contrasting moods of boisterousness, horror and "whistling past the graveyard" so common in a soldier's experience.

'What's that so black agin the sun?' said Files on Parade.

Here’s a link to Grainger’s original version for men’s chorus and orchestra, followed by a link to our version for concert band, published by Aux Arcs Music, and distributed by C. Alan Publications.

Here’s a link to Grainger’s original version for men’s chorus and orchestra, followed by a link to our version for concert band, published by Aux Arcs Music, and distributed by C. Alan Publications. 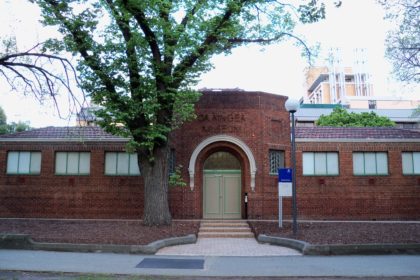 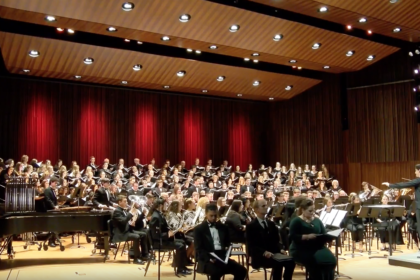 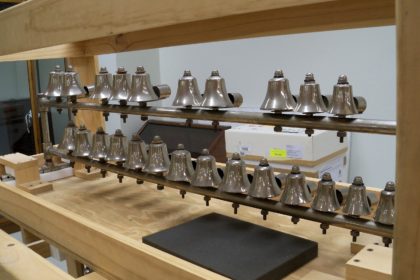